Hindsight is a wonderful thing. When the news broke that Microsoft had agreed to acquire Metaswitch I was kicking myself. Of course Microsoft was going to acquire a key global communications player. How else was it going to accelerate its cloud communications strategy? Certainly didn’t appear that internal development was high on their priority list. The signs were there, I just didn’t join the dots.

A few weeks ago I was exploring the publicly available Microsoft Teams development roadmap. I was surprised at the lack features and functions in development that related to Microsoft Phone System or telephony capability within Teams. The apparent lack of development emphasis on these aspects of the Teams platform should have peaked my interest more keenly. Maybe this lack of development signalled that Microsoft’s strategy lay outside of its own internal capabilities. It seems obvious now that an acquisition was the most likely tactic.

It turns out, however, that the above was a rudimentary assessment. The deal for Metaswitch appears to be much more nuanced than I initially thought. Firstly, phone system functionality, UCaaS, and telephony capability were apparently not key factors behind Microsoft’s purchase. Metaswitch’s technical knowledge and intellectual property in the realms of networking and connectivity seem to have been the been the priority for Microsoft.

Looking to expand capabilities within Azure, enabling it to better compete with AWS is apparently a key strategic target for Microsoft. Metaswitch has always been focused on helping its partners compete with increasing threats from over-the-top, OTT, providers by equipping them the cloud-based tools that better enable service providers to fend off external competitors. Network function virtualisation has been a focus for several years and Metaswitch’s expertise in that area allowed them to attract a number of larger service providers and telcos. It is this forward thinking and expertise in the communications space that Microsoft are looking to leverage.

Metaswitch and Microsoft had already been collaborating in these areas of technology. In 2019 Metaswitch demonstrated its cloud native fusion core on the Azure platform. Packet Core, which can enable supply chain automation, showcased capabilities around private LTE an area which Microsoft is exploring to attract communication providers to utilise Azure. Metaswitch is one of the more established Microsoft partners when it comes to 5G connectivity with its position as a core vendor in Microsoft’s Azure Edge Zones 5G ecosystem. This established working relationship clearly underpins the acquisition with Microsoft obviously having identified areas of Metaswitch’s intellectual property, personnel, or technology that it felt could augment its own expertise in these fields.

For more details on the networking ramifications read: Microsoft and Metaswitch – Why and What Next?

There has been a lot of speculation about what the deal might mean for Microsoft Teams. With even more speculation relating to what this might mean for the huge numbers of service providers and telcos that have rushed to integrate with the world’s most popular collaboration application. Teams was almost conspicuous by its absence in the Microsoft blog that broke the news. Focusing entirely on Azure, networking, and connectivity the absence of any mention of Teams only seemed to fuel external speculation. Will Microsoft look to leverage Metaswitch’s existing technology to accelerate the development of its phone system and telephony capability within Teams? It would seem strange for this not to have been some sort of factor in the background of the overall deal. It does appear though that this was well down the list of priorities.

Even if the wild speculation was correct and Microsoft did look to accelerate development of Teams communications capabilities using assets from Metaswitch, it might not be something that would impact the product or partners in the short term. Portfolio integrations are never easy or quick. Microsoft acquired Skype in 2011 and Skype for Business didn’t become available as an enterprise ready product until 2015.

So immediately, it doesn’t appear there is a huge deal to worry the cloud communications industry. Over the longer term the picture is much less clear. With its global popularity, presence within Office 365 subscriptions, and Microsoft’s aggressive marketing behind it, Teams, has already captured a huge market. If it could then incorporate a class leading cloud PBX solution it would be a very compelling proposition indeed. This is one for the whole industry to keep an eye on and many providers will be reevaluating their Microsoft product and partner strategies over the coming months. 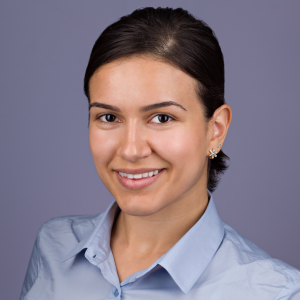 Cavell Crucial in Formation of Kerv

Seizing a growing market opportunity is the foundation of Kerv's creation and Cavell assisted in a number of ways to ensure the new organisation’s positioning within the market was as advantageous as possible.

Cavell Crucial in Formation of Kerv

Seizing a growing market opportunity is the foundation of Kerv's creation and Cavell assisted in a number of ways to ensure the new organisation’s positioning within the market was as advantageous as possible.

The rising popularity of Teams has encouraged many in the cloud communications space to explore closer partnership with Microsoft, Inspire 2020 outlined Microsoft's vision for where the main opportunities lie

The rising popularity of Teams has encouraged many in the cloud communications space to explore closer partnership with Microsoft, Inspire 2020 outlined Microsoft's vision for where the main opportunities lie